In fact, in a national survey we conducted in 2015, we found that:

• 50% of municipalities Under 10,000 are actively involved in sponsorship;

• 50% of those not currently involved are considering it;

• In most cases, sponsorship is done internally by the Department or Program;

• Naming Rights and Events are the most common form of sponsorship.

Here are some examples of the level of recent activity in smaller-sized communities:

• Beaumont, Alberta (pop. 16,768) has taken a very professional approach by having an outside firm valuate assets and developing a comprehensive strategy where multiple assets are now being marketed to companies in the area;

• Summerside, PEI (pop. 14,751) recently issued an RFP to explore how to maximize revenues. They have had a naming sponsor of the City’s Civic Centre for the past 10 years, but now want to determine the potential with bowling lanes, fitness and convention centres as well as city hall, fire stations, green spaces – even individual pieces of machinery like plows, trucks and street sweepers.

• In Corner Brook, NFLD (pop. 26,623), the City turned down a proposal from Bell Aliant for the 5-year naming of the civic centre for $10,000 a year because it wasn’t seen as providing sufficient value for the naming of the Centre.

• The City of West Kelowna, BC (pop. 30,892) recently issued an RFP for the naming of its skateboard park and amphitheatre. The City wants to expand from its current agreement with Royal LePage Place where the real estate company is paying $40,000 per year for naming rights.

• In Leamington, Ontario (pop. 28,403), the Highbury Canco Corporation (HCC) has acquired the naming rights of the rink after pledging a sponsorship of $140,000 over the next seven years.

While almost every size of municipality has similar challenges, smaller municipalities have a few unique ones. First of all, having trained (or dedicated) resources within the municipality to do the work is not always possible and it’s difficult to hire outside consultants to do it for you, unless there is some confidence that the revenue potential is going to be there to pay the costs; so it’s a bit of a “chicken and egg” scenario where you need someone qualified to tell you what your assets are potentially worth before proceeding to the strategy development or implementation level. My advice is to bite the bullet and do the inventory and valuation of assets properly because it’s the market intelligence you need to get it right the first time.

The second big challenge is that in a smaller community there are typically few companies that are tied to the community who can afford multi-year sponsorship or naming rights deals. Also, if the local competition is not strong, it is difficult to motivate a company to get behind your program unless you can find another value proposition that appeals to the company. Your prospects for large sponsorships are probably limited, so you need to focus on “fit” and develop a specific strategy for each company. And remember – you usually only get one good shot at it, so you need to make it count.

The third big challenge is how to identify the fair market value of municipal assets, recognizing that every municipality is unique; as well as how to manage revenue expectations from Senior Management or Council. This is probably the biggest challenge – how to take the “guessing game” out of the revenue estimates and arrive at realistic goals for the program.

Now in its 6th year, the Municipal Forum on Sponsorship, October 27 at the Grand Hotel and Suites in Toronto addresses these and other topics that are relevant to municipalities of all sizes. It is where you get to share best practices and learn how other municipalities are adapting the principles of effective sponsorship to their unique environments. For smaller municipalities, the Municipal Forum on Sponsorship is an affordable way to learn about the sponsorship development process, how it’s evolving and what’s working in other communities.

Reflections on the Olympics 2016

Did You Know that Women in British Columbia are Happier? 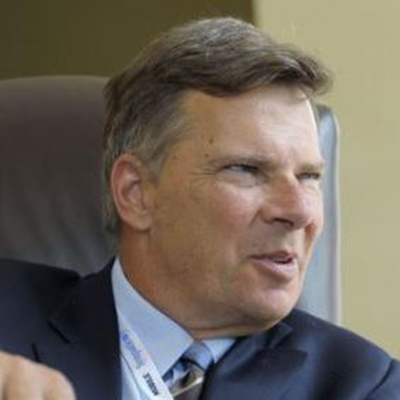