Marketing to Canadians of South Asian and Chinese Origin – An Update

One of my first blogs eight years ago was Marketing to Canadians of South Asian and Chinese Origin… a hot trend. I have had many requests to update the blog. So here goes.

Chinese and South Asian Canadians are an increasingly important audience in the market, with populations expected to grow by 80% and 130%, respectively, over the next 15 years.

But according to IPG Mediabrands, marketers have very little resources on the audience’s attitudes towards brands as well as their media consumption habits.

Closing that knowledge gap is the aim of the IPG Mediabrands Multicultural Media Study 2016. The study included 1,250 Chinese and South Asian respondents living in the Toronto and Vancouver area, and were surveyed last July.

According to the results, Chinese and South Asian Canadians have a different relationship with brands than the general Canadian population, believing more strongly that ads help them stay up-to-date with new products. Both groups were also more likely to buy based on quality rather than price and also considered themselves to be very brand loyal in higher numbers than the general Canadian population.

Chinese Canadians were more likely to report feeling closer to brands that use ethnic languages and pay more attention to those ads than South Asians.

Both Chinese and South Asian Canadians are more connected consumers than the general Canadian population, with higher rates of device ownership and time spent online.

The IPG Mediabrands report looks at the attitudes and media habits of two growing audiences, South Asians and Chinese Canadians. The study, which also sourced data from Statistics Canada and Vividata, was first conducted in 2012 to better understand these significant audiences. Stats Canada forecasts that by 2031, the Chinese population will increase by 80% and the South Asian population will increase by 131%.

The study found that 64% of Chinese and 69% of South Asian Canadians believe that ads help them keep up-to-date with new products, compared to 44% of the general population.

There is a significant reliance on advertising amongst these two particular groups, and that’s very likely to turn into a loyal consumer.

51% of Chinese respondents tend to stick to brands that they’re familiar with from their home country, and 46% pay more attention to advertising that’s in their own ethnic language.

“There are, of course, going to be new brands that they don’t recognize when they come over to Canada and that does present challenges for many advertisers. According to the study “One way to get over that is the fact that the Chinese population is more likely to pay attention to advertising in a Chinese language.

While they stick to brands they’re familiar with, that’s just a starting point, “The shorter amount of time that Chinese group has been in Canada, the more likely they are likely to stick to familiar brands. But the longer they spend in the country, the less likely they are.”

The study also looked at Chinese and South Asians’ media habits and their different communications preferences.

“Chinese Canadians are much more dependent on in-language advertising compared to South Asians, and that’s very heavily tied to the prevalence of the English language in South Asian countries.

For Chinese consumers, time spent on digital media is about the same in a Chinese language as in English. For example, they spend 12.6 hours a week on Chinese social media sites and 12.8 hours on social media in English. But more time is spent with Chinese online magazines (7.1 hours) and newspapers (7.1 hours) than in English (6.2 hours for each).

Another study by Environics Analytics states that South Asians passed the Chinese as the largest visible minority in Canada almost 10 years ago and over the next five years their population is projected to grow 19% to reach 2.5 million people.

What is less appreciated, analysts will tell you, is that this group – which currently makes up almost 5% of the Canadian population – is becoming “a marketer’s dream,” says Rupen Seoni, vice-president and practice leader at Environics. “They are one of the fastest-growing, more affluent, educated and media-savvy groups.”

Some marketers still know very little about this vibrant consumer group, tending to lump them with other Asians or simply ignoring them altogether but that would be a $46-billion mistake, for that’s the total estimated spending power of Canada’s South Asians.”

What the Web Renewal Initiative (Canada.ca) is still missing 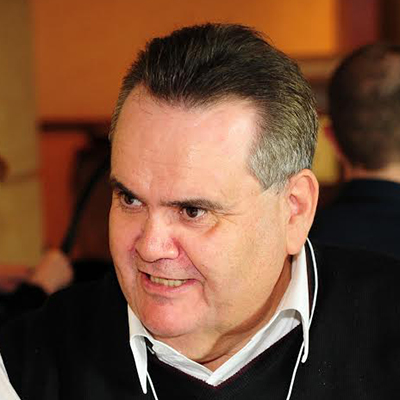